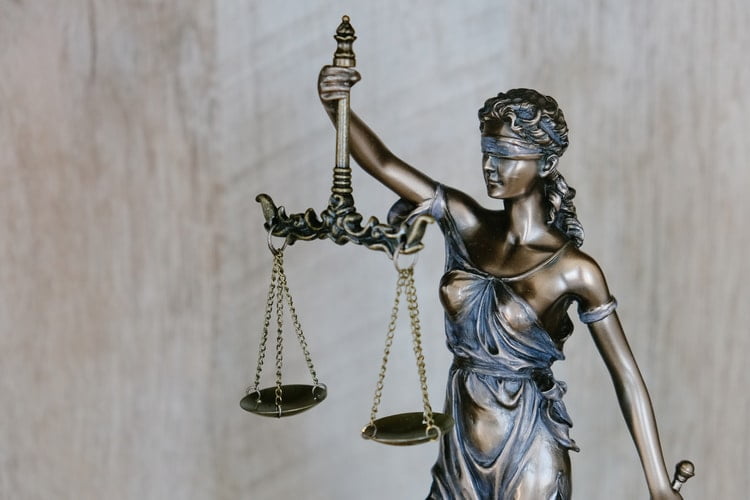 When you choose Kelso Lawyers, you’re not just choosing a team of experienced solicitors. You’re also choosing to enlist the help of passionate crusaders who have been fighting against injustice and institutional abuse for decades – not just on behalf of our clients, but all survivors of institutional abuse.

Over the years, we have been fighting the system and unfair laws to achieve a better outcome for survivors of abuse. We believe all institutional and child abuse should be given a fair shot at compensation – no matter the context and no matter whether the abuse was sexual, physical, or psychological.

Peter Kelso has been the point man every time. He’s put his reputation on the line time and time again. He’s even risked his own family finances. Very few people will do that – but it’s all been for a greater purpose.

In this article, we share a few examples of how we’ve influenced important law reforms and changed government practices to bring real justice to survivors. Read on.

#1. Kelso Lawyers successfully prosecuted the Commissioner of Victims’ Rights in Dobbie v CVR in the NSW Court of Appeal

Mr Dobbie and his brother were severely beaten by their father when they were children. However, the Assessor awarded payment to Mr Dobbie’s brother for the highest category of psychological disablement but refused to do the same for Mr Dobbie – despite clear evidence from the Commissioner’s own appointed expert that Mr Dobbie easily qualified for this category of award, too.

Mr Dobbie couldn’t afford to fight the decision, so Kelso Lawyers funded the court action against the Commissioner. Both the Court of Appeal and the NSW Supreme Court held that Assessors at Victims Services are not free to refuse to follow sound expert medical evidence without good reason.

Until the Dobbie decision, Assessors had been in the habit of ignoring expert evidence which would require them to award more compensation. In this case, the pressure to stick to set budgets trumped the Assessor’s duty to apply the law.

The Dobbie case also confirmed the Court can order the Commissioner (and other officials) to correct an invalid compensation decision within a set period of time, or else be in contempt.

The Commissioner argued in the Dobbie case that the Court did not have the power to set a deadline for it to comply with an order. The Court not only disagreed but a Supreme Court Judge ordered the Commissioner to pay Mr Dobbie’s legal costs.

Mr Dobbie received the compensation he was entitled to and Kelso Lawyer’s legal costs were rightly paid for by the Commissioner.

#2. Kelso Lawyers made successful submissions to the NSW Attorney General to amend section 43A Crimes Act to include child-neglect cases

The 43A Crimes Act refers to the failure of a person with parental responsibilities to care for a child. This can cause a danger of health, injuries, and possible death due to parental neglect.

Many years ago when the offence of “criminal neglect” was amended in the Crimes Act, Parliament failed to update related legislation. This had unintended side-effects – Assessors at Victims Services (VS) were allowed to decide to neglect an adult was compensatable but neglecting the necessities of life of a child was not!

At the time, Peter Kelso was an external auditor for the NSW Department of Family & Community Services. Peter has been auditing the files of State wards since 2011. He made successful submissions to the NSW Attorney General to amend this section of the Crimes Act.

This change opened up important opportunities for children abused in State care to claim victims compensation (now known as ‘recognition payments’) from the State government. This has resulted in additional awards being made for State wards which are held in trust for them until they turn 18-years-old.

#3. Kelso Lawyers were at the forefront of efforts to pressure the NSW and Queensland Attorneys General to abolish limitation periods for historic child abuse victims

The three-year limitation period was first abolished in Victoria. Kelso’s wrote to other State Attorneys General with submissions and pressured them to do the same as Victoria.

Peter appeared in several media interviews when the NSW Attorney General announced the popular decision to change the law and allow retrospective civil actions against institutions responsible for the criminal actions of their clergy and other staff. This important change to the law gave victims the option to sue institutions in court for compensation.

#5. Kelso Lawyers are prosecuting and self-funding the Supreme Court Case of Cantwell v State of NSW

This case aims to make the Government legally responsible to compensate State wards abused by a foster parent. The case seeks to bring the law in Australian states into line with the laws in New Zealand, Canada, and the United Kingdom.

It follows the decision of the Supreme Court of the United Kingdom in 2017 in Armes v Nottinghamshire.

At present, the Government in Australia has no legal liability for the criminal actions of foster parents against wards. In New South Wales, wards who were sexually abused by a foster parent can apply for a maximum $10,000 payment from Victims Services.

This inequity has to change.

#6. Kelso Lawyers acted for 162 ex ‘Parramatta Girls’ against the NSW Department of Family and Community Services for abuse by officers at Parramatta Girls Training School (PGTS)

Peter Kelso acted for four Parramatta girls at the Child Abuse Royal Commission in 2014. He subsequently risked his family home and self-funded 162 separate compensation claims against the NSW Department of Family and Community Services.

At the same time, he funded the development of equity-based forced work claims before the Limitation Act was amended. He did this to try and get additional compensation for girls who were used as free child labour (slave labour) in the Department’s commercial laundry at Parramatta Girls Training School.

Kelso Lawyers have acted for 75% of all Parramatta Girls Training School claims brought against the State of NSW.

Frank Valentine and Noel Greenaway are both serving prison sentences of over 20 years each. These perpetrators sexually abused and physically assaulted dozens of teenage girls placed under their care in the 1960s and ’70s at Parramatta Girls’ Training School.

These high-rating stories publicised the plight of many men and women who were sexually abused at these State run homes for boys and girls.

This led to hundreds of successful civil claims and several police prosecutions and perpetrators.

At the moment, the former superintendent of Daruk Boys Home and former federal MP, Mr Alasdair Webster, is being prosecuted by police.

#9. Kelso Lawyers made expert legal submissions to the Child Abuse Royal Commission and the Joint Select Committee on the National Redress Scheme

In late 2018, we made an expert submission to the Joint Select Committee regarding the progress of the National Redress Scheme.

We recommended the following areas be reviewed by the Committee:

#10. Peter Kelso continues to inform the public every day with news and updates about institutional child sexual abuse via social media

Kelso Lawyers is committed to keeping the general public informed about injustice in Australia and around the world. With more than 36,000 followers, Peter updates the general public on news about child abuse and shines a light on paedophile offenders who continue to fly under the radar.

We’re proud of what we’ve achieved so far, but we’re not done yet.

Not by a long shot.

There are still survivors who need our help to fight back against institutions. There are still laws harming survivors of abuse, rather than helping them. For example, the National Redress Scheme’s tendency to exclude State wards who were abused by their foster parents, or exclude survivors who are serving a prison sentence.

This is unfair. This is injustice and we’ll keep fighting to make the compensation process simpler for survivors of institutional abuse.