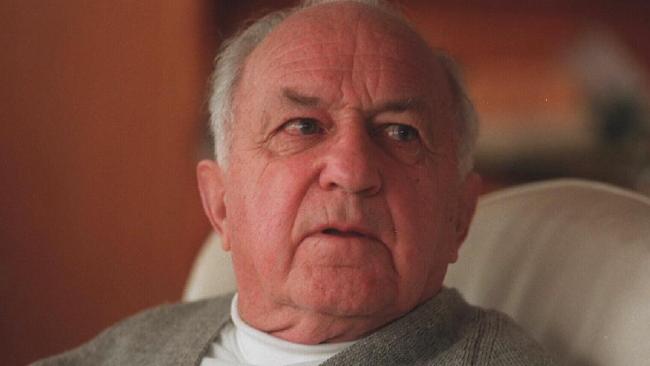 Father Kevin O’Donnell is one of Australia’s most notorious paedophiles.

The Church knew he was a paedophile from day one.

His career as a paedophile spanned fifty years.

He targeted altar boys and the boys in his scout troop. They were assaulted in churches, presbyteries and in public places like beaches and the drive-in.

O’Donnell’s victims were the young boys and girls from the local Catholic schools he served in.

O’Donnell found his first known victim when he was 41. He was presiding in the Dandenong church, and his victim was a 15-year-old altar boy.

Some of his victims were as young as five.

In 1995, O’Donnell was sentenced to a total of 39 months in jail for offences against 12 victims.

He would have assaulted them many times, and yet he only received a 39-month sentence.

In spite of the evidence of his sickening actions, the Catholic Church never defrocked him.

They demoted him to a supplementary priest, and he retired in 1992.

Not before destroying the lives of two young girls in the Oakleigh parish.

Kevin O’Donnell was the chaplain of the Oakleigh Sacred Heart Primary School. He had easy access to children, and could easily have them sent to him to complete “chores” or for counselling.

O’Donnell targeted the sisters. Both were raped by O’Donnell for years.

They were young children. Emma was in preschool when O’Donnell started raping her.

The story of Katie and Emma Foster is well known.

In 1999, Katie walked in front of a speeding car and now lives with permanent intellectual and physical disabilities.

She has short-term memory loss. She still remembers her abuse.

A loving family has been torn apart because the Church elite was too cowardly to remove the monstrous priest.

They just let him continue to abuse children, no matter where he went.

When Anthony and Chrissie Foster (the parents) met with George Pell (the Archbishop of Melbourne) in 1997 and showed him an image of their daughter Emma, harming herself, he couldn’t even muster a heartfelt response.

That is what the Archbishop of Melbourne told two parents whose lives had been ruined by a priest who was known to be an abuser.

Father Kevin O’Donnell died in 1997, still a priest. He was given a funeral service fit for a priest.

And Katie relives her traumatic memories every day.