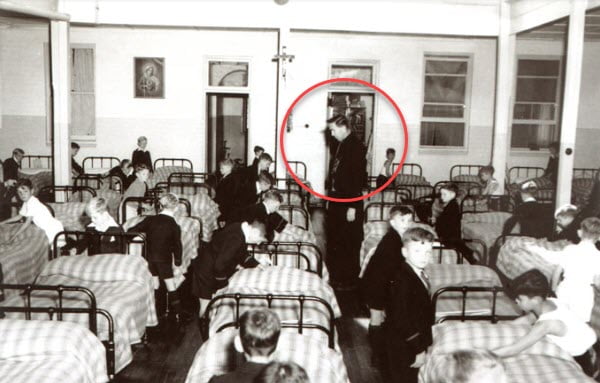 Both Castledare Junior College and St Vincent’s Orphanage in Clontarf, Western Australia, have some of Australia’s darkest, most shameful stories hiding behind their walls.

Children from all over Australia and the United Kingdom were sent to Castledare and Clontarf. Some of the children were orphans. Some were abandoned or unwanted. The children had nowhere to go and no one to care for them.

The Christian Brothers who ran the schools took advantage of the situation. Several brothers used their position of power to abuse the children physically, psychologically, and sexually.

The children had to remain silent about the abuse, otherwise, they were threatened, bashed, and targeted by the brothers.

One of the worst of the Christian Brothers was Brother Lawrence Murphy. He worked at Castledare and Clontarf in the 1940s and the 1950s. In recent years, several survivors of his abuse have come forward, sharing their horrific stories of sexual abuse.

In this article, we delve deeper into the crimes of Brother Murphy and his cohort, plus highlight survivors who have won compensation and some peace of mind since their dark years at Castledare and Clontarf.

Brother Murphy had a “group of boys who were his possessions”

Brother Albert McGregor remained silent about the abuse he suffered as a child at Castledare and Clontarf. For decades, he figured child sexual abuse among the Christian Brothers was an uncommon occurrence.

It wasn’t until he was a full-grown adult when three other men from Western Australia confided in him about their experiences with abuse that Brother McGregor realised child sexual abuse was a “widespread problem”.

In 2014, Brother McGregor shared his experience with the Royal Commission into Institutional Responses to Child Sexual Abuse in Perth.

He said he was born in England but he was placed in Nazareth House in Aberdeen, Scotland when he was two years old. He was born out of wedlock and his grandmother considered Brother McGregor to be an “embarrassment”.

Brother McGregor’s abuser, Brother Murphy, was transferred to Clontarf with him.

Brother Murphy had a group of boys who were his “possessions” and used terms like “disloyal” and “traitor” if the boys were nice to the other Christian Brothers. Brother Murphy was possessive, dominant, and jealous.

The paedophile priest would come into Brother McGregor’s room at night and whisper “come to my room, I want you in my room right away”. Brother McGregor would then be raped.

He said he would walk around the verandahs in the cold winter air after the abuse. He said he felt numb, bewildered, and “very alone”.

At the age of 12 or 13-years-old, Brother McGregor had a mental breakdown. From then on, he was able to avoid Brother Murphy because he was often in the infirmary for his depression.

Later, Brother McGregor “surrendered to god” and decided to become a Christian Brother. However, he told the Royal Commission he had flashbacks to the abuse all throughout his adolescence and adulthood.

As an adult, Brother McGregor returned to Aberdeen to work with people suffering from mental illness and homelessness. By chance, he met another man there who had lived in Castledare and Clontarf, which is when Brother McGregor realised there were more children who were abused.

“Up until this time I had carried my secret thinking I was alone in my experience, now I had met another whose story was the same as mine,” Brother McGregor said.

“Another man also called into the day centre at Aberdeen and told the same story of abuse… I knew him well as a boy. His story mirrored mine.”

“I felt that if I stayed silent it would put me on the side of those who cover up crimes and that I would be as guilty as the abusers,” Brother McGregor said and sent copies of the report to the Archbishop of Perth, the Superior General of the Christian Brothers, the Australian Minister for Immigration and the Premier of Western Australia.

Their response was to send him to Fiji.

“I felt they had really reached the conclusion that the best place for me was in the third world,” Brother McGregor said.

He was also offered the chance to leave the Order, but he refused.

The Christian Brothers wanted Brother McGregor to keep his mouth shut. They wanted survivors of sexual abuse to remain silent. It was about protecting the church. It was never about the victims.

John Thomas Lawrence had a similar experience to Brother McGregor.

Mr Lawrence was abused on a regular basis for eight years. Brother Murphy started raping Mr Lawrence three weeks after he arrived at Castledare. He was just nine years old at the time.

The first time the abuse occurred, Mr Lawrence had wet the bed and taken off his pyjamas. Brother Murphy took advantage of the opportunity and told the boy to stop crying or he’d “get the strap”.

Mr Lawrence, now 75-years-old, also recalled Brother Murphy coming into the boys’ dormitory at night to pick boys to take to his room, like Brother McGregor.

“If I told him to stop, he’d slap me across the face,” Mr Lawrence said.

Other brothers would make him wear lipstick and a skirt while they sexually assaulted him. Brother Murphy and the other Christian Brothers would beat the child if he cried during the abuse and threatened him into keeping quiet.

As an adult, Mr Lawrence suffered from severe psychiatric harm and tried to end his life dozens of times. He also struggled to maintain relationships and ongoing employment.

In March 2020, Mr Lawrence was awarded a groundbreaking $1.3 million for the horrendous sexual abuse he experienced as a child. Outside of court, Mr Lawrence said he could move on with his life and he hoped he inspired other victims of abuse to step forward.

“I’m just glad it got this far after 60-odd years,” Mr Lawrence said.

“Money is not everything. I’m just glad I told my story. The Christian Brothers are a disgusting mob – I just don’t know how they get away with it.”

Brother Murphy never had to face trial because, like many paedophile priests, he was too old and died before a trial could even go ahead.

He was, however, arrested in Adelaide in 1997 and extradited to Western Australia on the charges of unlawful carnal knowledge and indecent dealing at both Castledare and Clontarf.

In 1998, a Western Australian magistrate ruled there was enough evidence for a jury to convict Brother Murphy, who was then 80-years-old. Unfortunately, Brother Murphy died before being punished for his sick, horrendous sexual crimes.

While he was never punished before his death, there is enormous relief in the fact some of his victims have stepped up and demanded compensation for the horrific things Brother Murphy did to them as children. These brave survivors have shone a spotlight on the Christian Brothers, and it’s not over yet.