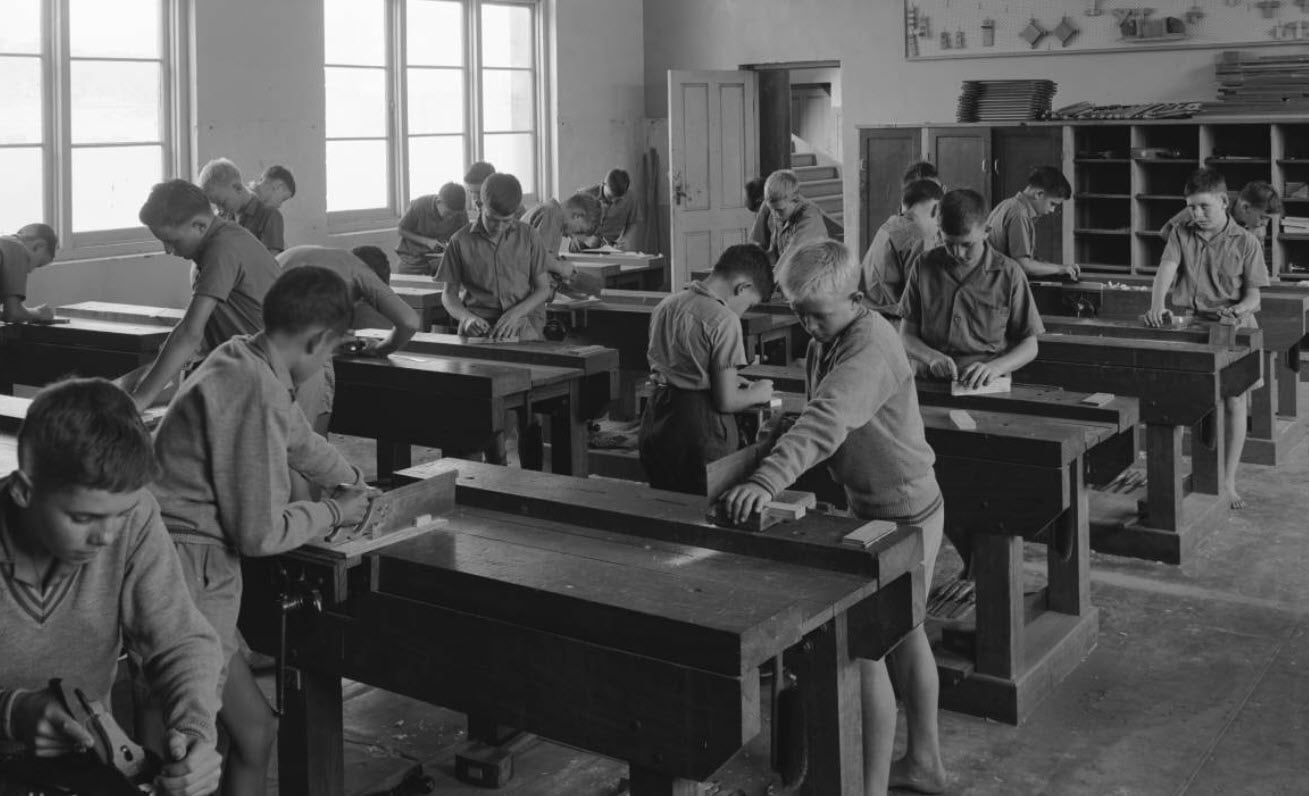 Western Australia was home to thousands of British children escaping the turmoil of World War II. Around 4,000 children were forced to leave England from 1945 onwards – some were orphans, others were escaping war-torn areas of the country, and others were “waifs” (homeless or abandoned children).

The children were promised a magical experience – the nuns told the children they could “pick lollies from the trees” in Australia.

Instead, however, the children are now known as “Forgotten Australians” among 500,000 others who were left in state or institutional care in the 20th century. These children were physically, emotionally, and sexually abused, as well as neglected and sometimes even forced into slave labor or prostitution.

In Western Australia, children were placed in four different homes – Bindoon, Tardun, Castledare, and Clontarf. These homes all had one thing in common: a brutal culture of abuse.

One of the worst offenders drifting between these schools was Brother Francis Marques. Little is known about him, other than the fact that he had a reputation for abusing children, much like his coworkers.

In this article, we explore the horrors Marques inflicted, and what life was like for the boys who lived in these brutal conditions.

“How very fortunate you boys are! You are going to Australia: A land overflowing with milk and honey” 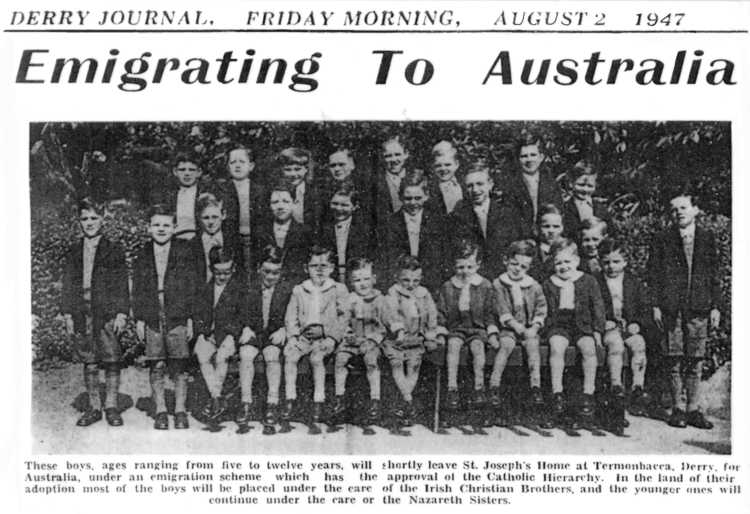 Mr Gordon Grant was one of many children sent to live in Australia following World War II. He arrived in Fremantle in 1947 among 29 other boys. The nuns told them, “how very fortunate you boys are! You are going to Australia: A land overflowing with milk and honey“.

However, the reality was far from “milk and honey”.

Upon arrival in Fremantle, the boys were separated into groups based on their religion – Roman Catholics and Protestants. The Catholic boys were taken to a nearby woolshed to have their fingerprints taken by Western Australian police.

The youngest boys to have their fingerprints taken were five years old. Later, Gordon revealed this was a “bad omen”.

He was sent to the Bindoon Institution, otherwise known as “Boys Town”. This is where Gordon crossed paths with Marques.

Gordon was only in Australia three days before 34-year-old Marques started to groom the poor boy. Marques wanted Gordon to make his bed every morning before breakfast. On the fourth day, Marques asked Gordon to help put up a mosquito net around his bed.

That was when Marques slid his hands up Gordon’s shorts and fondled him.

“I do believe that Brother Marques himself was a sexually abused child victim and that he himself had now become a sexual predator,” Gordon said in his Royal Commission statement.

“Over several years, Brother Marques had created a reputation as a repeat child sex offender, for he did abuse many other boys, at the Four Western Australian Boys Institutions (Bindoon, Tardun, Castledare, and Clontarf) when he was a staff member.”

In 1948, the headmaster returned to Bindoon – a brutal man named Brother Keaney. He replaced the existing staff with Spanish Benedictine nuns and eight Christian Brothers, five of whom were known paedophiles. None of them were qualified teachers.

Life for Gordon at Bindoon was “sheer hell”. He was treated like a criminal on arrival in Australia like most British migrants were. The boys were deprived of food and adequate clothing. They worked tirelessly day and night with burns, cuts, and injuries. Their showers were monitored by paedophiles.

He was physically, emotionally, and sexually abused by multiple members of staff, including Marques. This led to suicidal tendencies, two failed marriages, and numerous hospitalisations.

Gordon applied for Redress in WA. We haven’t heard more about his compensation.

Survivor awarded $1.3 million over the horrific child abuse he experienced at Castledare & Clontarf 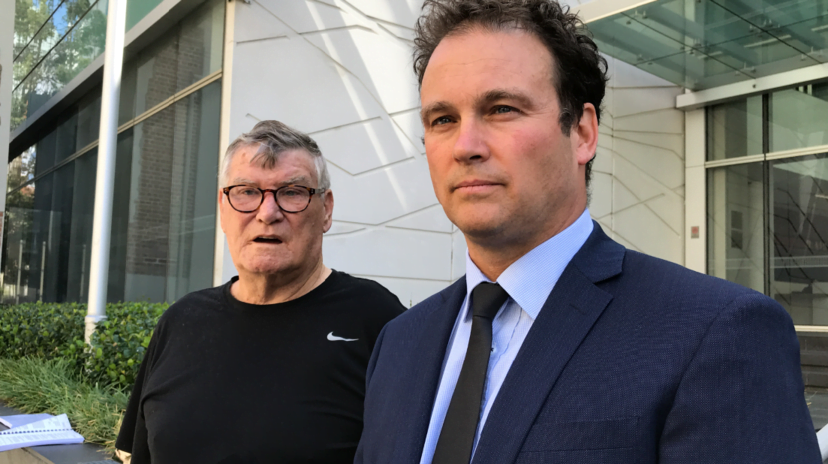 In May 2020, 75-year-old John Thomas Lawrence was awarded $1.3 million for the horrendous abuse he experienced at the Castledare and Clontarf institutions in Western Australia.

Like Gordon, John was a child migrant from the United Kingdom. He was an orphan – he was vulnerable, scared, and alone. The Christian Brothers took this opportunity, as they did with so many others, to sexually abuse him.

John was abused for eight long years in the 1950s before he left school at the age of 16-years-old. By then, he was illiterate and suffered severe psychological damage.

The Christian Brothers claimed liability in the WA District Court, but they also tried to minimise costs by claiming John would have had poor economic and educational prospects regardless of the abuse.

Judge Mark Herron granted a special cost order totalling about $200,000 for John which was disputed by the Christian Brothers. The order allowed John to be compensated above the statutory limits due to the complexity and “unusual difficulty” of the case.

At the trial, John testified he was raped multiple times by Brother Lawrence Murphy from the age of nine. He was also regularly abused by Marques, Alonzo Angus, and lay teacher Joey Jackson.

On one occasion, Marques took John to the home’s saddle room, hoisted Lawrence over a saddle, and attempted to anally rape him. On another occasion, John was forced to wear lipstick and a skirt while being raped.

John started wearing multiple pairs of underwear to hide the bleeding from his behind.

“Hundreds of local children were damaged by the abuse in the Christian Brothers orphanages.”

“I’m just glad it got this far after 60-odd years,” John told reporters.

“Money is not everything: I’m just glad I told my story.”

At Kelso Lawyers, we want to help you achieve resolution, whether it’s in the form of an apology, compensation, or the chance to share your story and inspire others to do the same.

Our team of professionals has an intimate understanding of institutional child abuse in all its forms. We have the knowledge and experience required to achieve a desirable result on your behalf.

Let us help make a difference.