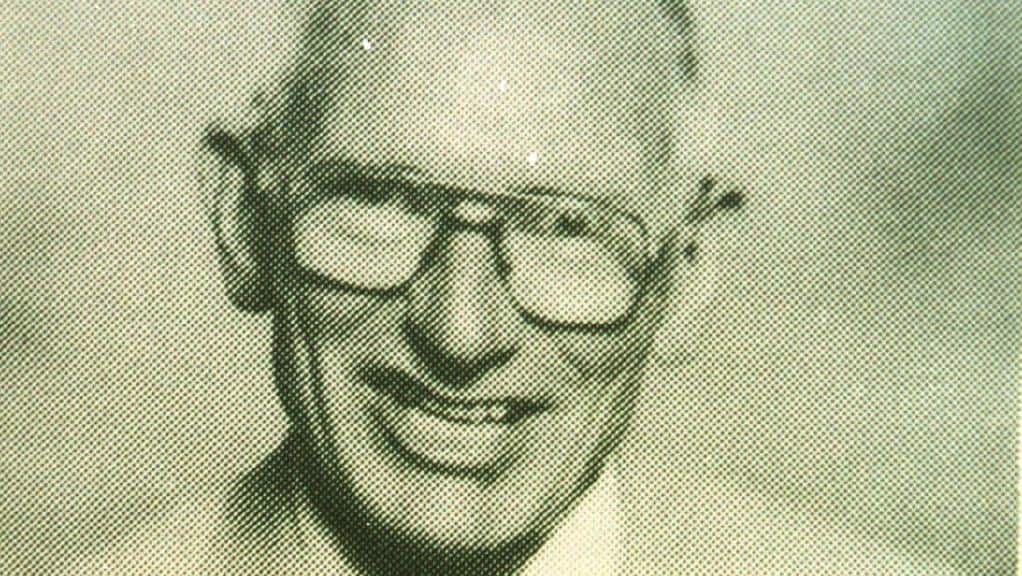 The last thing a school counsellor should be doing is exacerbating problems or traumatising students further.

However, Brisbane Grammar School’s former counsellor, Kevin Lynch, used his unique position of power to abuse dozens of children at the school in the 1980s.

Lynch was a teacher and later a counsellor at Brisbane Grammar School between 1973 and 1988. He went on to complete more “counselling” work at St Paul’s School in Bald Hills from 1989 to 1997.

He was also a follower of the Christian Brothers. In this article, we expose Lynch for what he is: a disturbed paedophile who went to great lengths to abuse students behind closed doors.

Lynch offered counselling services to Brisbane Grammar School’s students behind two large, soundproof doors with red and green light signals to control student or teacher access and had stocks of baby oil, tissues and towels which he used to wipe up semen.

He was never questioned about his unorthodox office set-up. According to former Deputy Principal David Coote, Lynch was trusted to do the right thing and there was nothing wrong with their monitoring process.

“If you’re going to have a system for checking up on who goes and how frequently they go, and so forth, then that’s going to discourage students from going at all,” Coote told the Royal Commission.

However, in 2015 a survivor of Lynch’s abuse — known only as BQK — told the Royal Commission the room was a “sick conveyor belt of victims for Lynch”. Behind closed doors, Lynch was abusing children in the most sadistic fashion imaginable.

Lynch told BQK harnessing the power of his orgasms would give him an edge in both studies and sports. Lynch would also slap BQK in the face as if to gear him up to win a metaphorical race.

“Other times he would use acupuncture needles and put them into my testicles or stick his thumb in my anus,” BQK said.

BQK was a teenager. He received counselling from Lynch in years nine, ten and eleven. He trusted Lynch and assumed these were normal treatment methods – he didn’t fully understand that he had been abused until he was an adult.

In 2002, BQK took legal action against Brisbane Grammar School along with scores of other survivors. The school offered an “insulting” $30,000 to settle and avoid a class action, which the survivors rejected.

“It felt like a sausage factory where all the claimants were simply herded in and out with very little care and attention,” BQK said.

The “counsellor” took advantage of children who were grieving or upset

Another victim was abused in a grief counselling session after learning his father had committed suicide.

Fellow students accused BQK of being homosexual because it was common knowledge Lynch was touching students.

BQK ended up skipping classes and acting out at school.

On one occasion in 1982, BQK claims the headmaster walked in and BQK had his pants down around his ankles. Howell called BQK a “sick individual” and told him to go back to class – which Howell denied before the Royal Commission.

Deputy Principal Coote confronted BQK about his “inappropriate relationship” with Lynch. The highest authorities at the school were blaming him for the abuse.

BQK went on to have anger management issues as an adult and made multiple attempts to end his life.

Lynch moved onto St Paul’s School in Bald Hills in 1989. He continued to abuse students until 1997 when a student took a recording device into a counselling session and secretly recorded Lynch’s confession.

Later that year, Lynch was charged with committing sexual crimes against dozens of children. However, during the prosecution, he committed suicide and failed to clear his name.

Lynch abused scores of students and even though some claim to have reported the abuse to the headmaster and other members of the school board, they were often mistreated, not believed or, alternatively, the headmaster claimed not to know about it.

The counsellor was allowed to provide “treatment” for vulnerable young boys behind closed doors, with no questions asked. No one looked in his drawers and saw the baby oil, towels and tissues — odd items to find in a counsellor’s desk.

Coote and Howell assumed Lynch could be trusted and when things went wrong, it was the student’s fault.

This kind of victim-blaming and institutional neglect is disgusting.

2021 UPDATE: Survivor sues Brisbane Grammar School for a breach of duty in 1979

“The abuse I experienced has had a massive impact on my ability to function to my best ability and I feel like I‘ve had a lifetime of failures,” David said.

“Ever since my encounters with Lynch, I‘ve struggled with mental health and depression to the point of being unfit for work now.”

“The compensation I’m seeking won’t change the trajectory that my life took after school and it won’t erase the memories. Although no amount of money can ever truly compensate me for the psychological scars, it does help allow me the space to heal and find some sort of closure.”

“I just trusted that the adult was there to supposedly work for my benefit and was doing the right thing by me. My message to others is that if you have some sort of feeling that someone’s behaviour isn’t right or ‘not normal’, don’t be afraid to ask questions. Just because it’s an adult in a role of authority doesn’t mean you can’t speak up and seek advice from someone else that you trust.”

David claimed the school was liable for Lynch’s conduct because it happened during the “counselling” sessions at the school and they failed to take any reasonable steps to protect him.

Brisbane Grammar School headmaster Anthony Micallef said the school continued to work with parties at all stages to resolve matters through mediation or agreement.