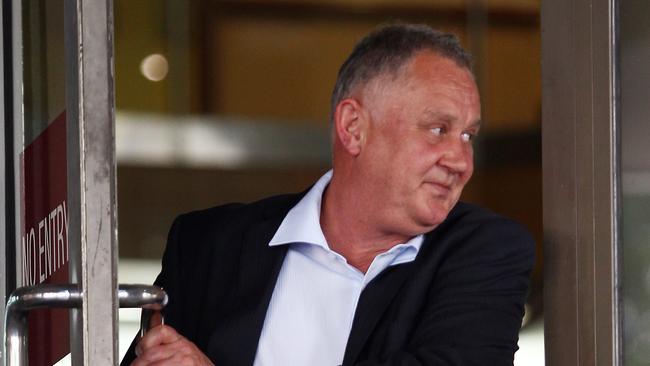 Disgraced and defrocked Catholic priest David Rapson occupied the dual position of teacher and religious leader at Salesian College. He was a man to whom the young boys at the Catholic boarding school should have been able to turn for guidance, help and unconditional care.

The reality was far more brutal.

The story of this disgraced ex-priest is one of a sick sexual predator whose actions would go on to devastate the lives of his young victims for more than half a lifetime, evading punishment and denying responsibility for decades before justice was finally served. 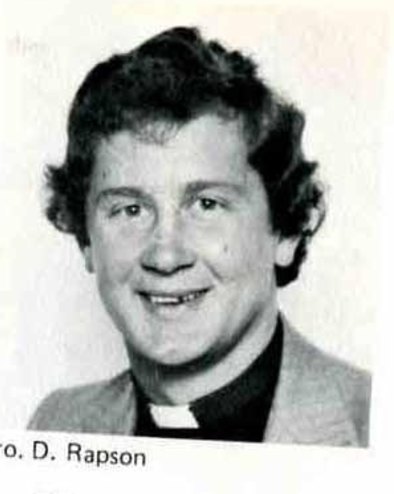 Rapson taught at elite Catholic boarding school Salesian College’s Rupertswood and Lysterfield campuses from the mid-1970s through to 1990.

During his time at the exclusive school’s two campuses, the now defrocked priest raped and abused boys in his care aged as young as 11.

Rapson was sentenced to 12.5 years in prison in 2015 for the rape and indecent assault of six boys in Victoria at Melbourne County Court, a retrial of a quashed 2013 hearing of abuse against eight victims.

“A sexual predator seeking sexual fulfilment at the expense of young boys.”

And a man who displayed:

“Cruelty and violence bordering on being sadistic.”

His predatory abuse of boys at the Catholic boarding school left lifelong scars on his victims. Rapson’s position of power and trust over the boys made him practically untouchable, with parents unwilling or unable to believe a priest could abuse young boys.

According to one victim identified as “Ben”:

“It’s impacted my life in a big way – crime, drug abuse, things like that – and because he held the position he held in the church I couldn’t tell my parents or anyone like that what happened until probably four years ago.”

“He’s just a sadist, a disgusting person and human being.”

The court heard victim statements from the survivors of Rapson’s evil regime, with many describing life-long battles with addiction and crime, difficulty forming relationships and living in constant fear and anger.

Another felt cheated of his right to an education and dreaded sending his own children to school for fear they would be abused, too.

Another victim experienced an ongoing fear of authority and was tortured by Rapson’s “evil smile”.

Rapson was jailed in 2013 on a 13-year sentence for the abuse of eight boys, seemingly bringing victory and closure to those tormented by the sadistic priest.

Unfortunately, any relief or closure Rapson’s victims experienced was short-lived.

The Victorian Court of Appeal overturned the convictions in 2014 on the grounds they should have been separately prosecuted.

Rapson was released on bail after serving only 12 months.

The Director of Public Prosecutions acknowledged that the eight complaints heard in the single trial could not be fairly heard by a single jury, along with significant items of evidence being non “cross-admissible”.

However, Rapson’s barrister Paul Holdenson QC argued each of the eight victims should be heard at separate trials. 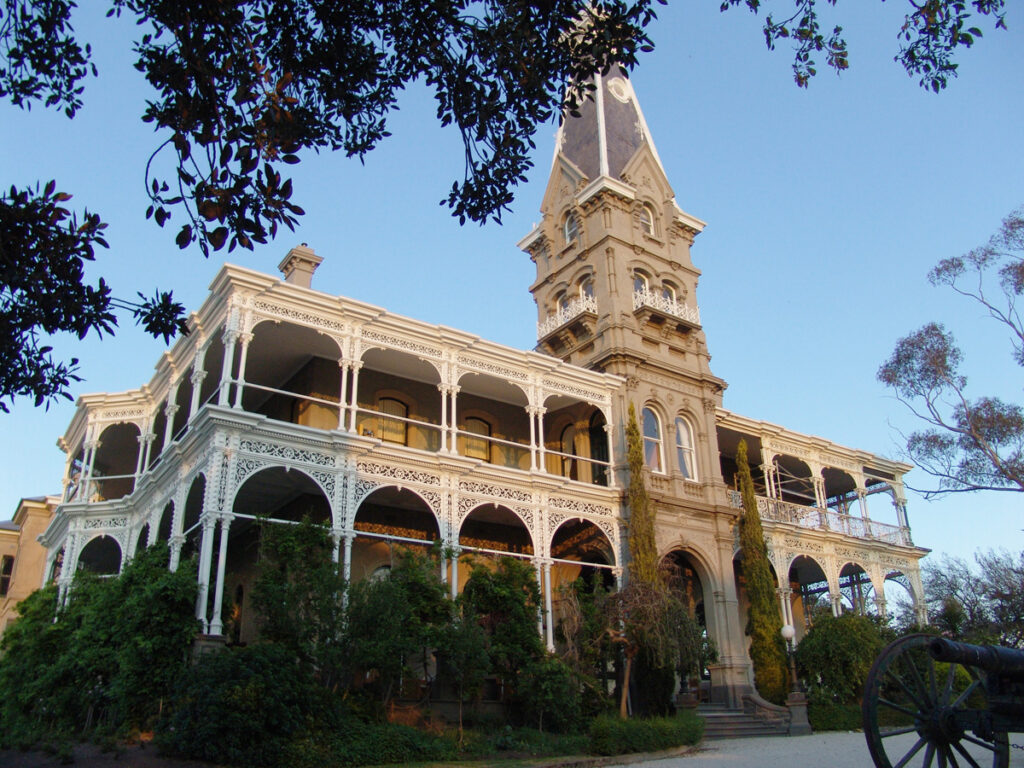 At Rapson’s 2015 Melbourne County Court trial, Judge James Parrish described Rapson as a “ruthless sexual predator”, a claim backed up by Rapson’s diabolical methods, which illustrate his determination to fulfil his sick desires by any means necessary.

Rapson would seemingly stop at nothing to get the young boys into his office where he could assault them.

The court heard of Rapson luring children to his office with offers of lollies, alcohol, cigarettes and the chance to play computer games.

One of Rapson’s young victims was given a lemonade which caused him to fall unconscious. The boy awoke to find Rapson on top of him.

Another victim’s assault by Rapson was so severe the boy required surgery on one of his testicles as a teenager.

All of this abuse was doled out to young boys who were in Rapson’s care. As an educator and priest, his position of privilege and trust was one he found only too easy to abuse for his own evil purposes. 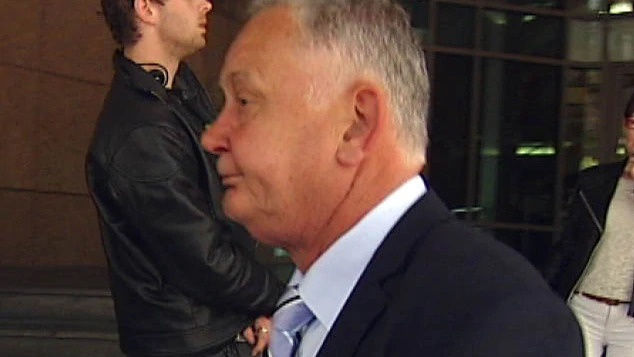 In an attempt to cultivate sympathy for his client, Rapson’s defence lawyer, Shaun Ginsbourg, called on mitigating factors of Rapson’s own childhood abuse to try and reduce the severity of his sentence.

The court heard that Rapson repeatedly ran away from home as a child to escape a physically abusive and alcoholic stepfather. He sought refuge with two men who “protected” him from his stepfather and sexually abused him.

The court also heard that Rapson underwent psychosexual therapy in 1992 and 1993 after being jailed for indecent assault charges.

Rapson was defrocked by the church following his jail term.

There is reportedly no evidence of Rapson reoffending in the years following this treatment.

In response to these mitigating arguments, Judge Parrish said that he had to take into account Rapson’s lack of remorse, stating:

“You can be appropriately described as a sexual predator seeking sexual fulfilment at the expense of these young boys.”

“You have not shown any remorse whatsoever for all your offending, or indeed, any insight into the nature of your offending or the consequences of it.”

Rapson, then 61, was found guilty of five charges of rape and eight counts of indecent assault.

He was sentenced to 12 years and six months in prison with a nine-year and four-month non-parole period.

Decades after pupils at Salesian College were tormented and assaulted by Rapson, their abuser was finally put where he belongs — in prison — the place where his victims rightfully hope he will spend the remainder of his life.

Rapson’s lawyer may have called on Rapson’s traumatic childhood as a reason or excuse for his behaviour, but the young, vulnerable boys he traumatised, now haunted grown men, have no desire other than to live their lives free of the anger and shame Rapson burdened them with.

One of Rapson’s victims stated outside court:

“He’s a sadist. Words can’t describe who he is. He’s just a pig. He had no remorse.”

The victim hopes that he and other survivors of Rapson’s sadistic, evil abuse, now men aged in their 30s, 40s and 50s, can find closure and begin rebuilding their lives.

Another victim, identified as “Ben”, stated:

“I’m glad it’s finally over. It’s taken a big toll on us all, and hopefully, it’s the last of it and we can move on as best we can.”

2021 UPDATE: Victim receives a record payout from the Salesians

Many of Rapson’s victims found it difficult to get reasonable compensation — some were only offered a pittance by the Salesians. However, in 2021, one victim was able to gain proper compensation through a civil lawsuit. He received a record-breaking psychiatric injury payout for medical treatment and the suffering he experienced at the hands of Rapson.

The victim told Victoria’s Supreme Court that Rapson first raped him after the teacher plied him with alcohol and cigarettes. The victim was lured to Rapson’s office under the pretence of discussing the boy’s academic progress and learning disability. He later needed medical treatment in hospital but his parents were never told.

The Salesians admitted that they had received reports about Rapson’s “improper conduct” towards students in 1987 and 1989 but Rapson was not removed from the school and police were not notified.

The victim’s claim was settled out of court.